Last week’s poll shows that the division in the iPhone 13 family is bigger than ever – the two Pro models stand head and shoulders above their vanilla siblings in terms of fan interest.

The iPhone 13 Pro Max in particular gathered the majority of the positive vote and received nearly 70% more votes in favor than the smaller iPhone 13 Pro. And the two are miles ahead of the 13 and 13 mini. 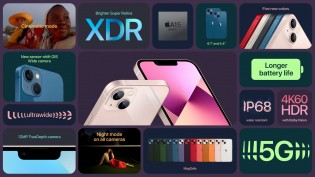 Sure, many aren’t interested in getting a new iPhone and Apple isn’t interested in capturing the entire market either. But it can’t be overlooked that the most expensive model is the most desirable by a large margin.

It’s not hard to see what happened. The Pro models are the first iPhones with an LTPO panel, meaning 120 Hz refresh rate, they have a more powerful version of the Apple A15 chipset (with 5 GPU cores instead of 4) too.

Also, the camera setup is better. Obviously, it has a tele lens (a new one with 3x magnification). The main camera has larger pixels (1.9 µm vs. 1.7 µm) and a brighter aperture (f/1.5 vs. F/1.6). The ultra wide camera on the Pros has autofocus now so it can take macro photos too.

However, this year the Pro Max does not have a camera advantage over the smaller Pro. The 12 Pro Max had a larger sensor (1.7µm pixels vs. 1.4µm) with sensor-shift OIS, also the tele camera offered higher magnification (2.5x vs. 2x). This year the Pro and Pro Max differ mostly in their size and related features (i.e. battery capacity). 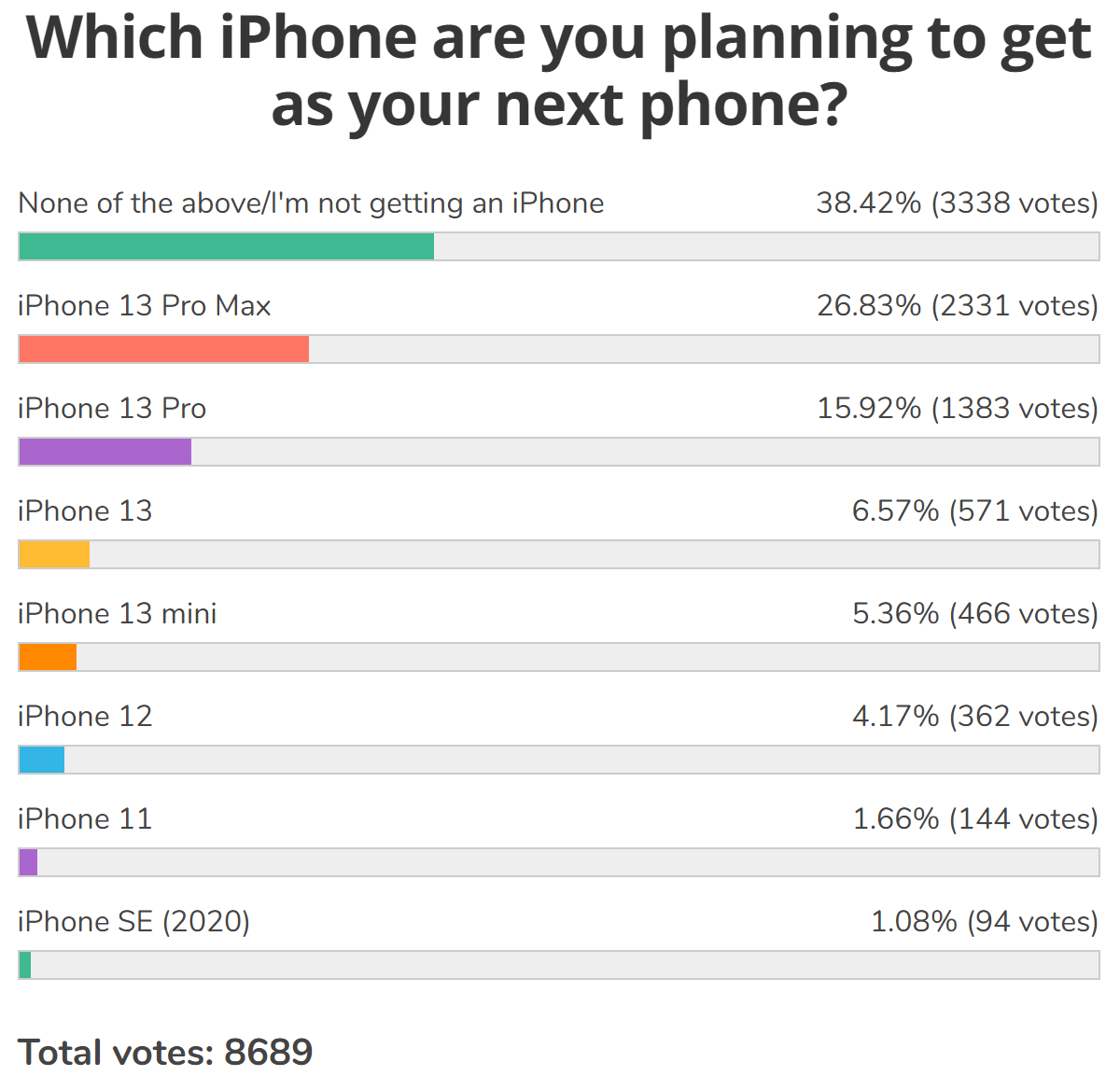 Anyway, fans of petite phones will be discouraged to see that the iPhone 13 mini place so low. It’s not far behind the vanilla iPhone 13, but not far above the iPhone 12 either (which now costs the same at $700). There have been many predictions by analysts that this will be the final mini model and that next year Apple will offer a Max size for the vanilla iPhone 14 as a fourth model instead.

What a difference a year makes – last year’s poll about the iPhone 12 generation put the 12 mini above the 12 Pro Max in terms of desirability. However, the 12 mini didn’t sell very well and the new mini won’t do much better by the looks of it.

Moving on to storage, it seems that the transition to 128GB base storage for the vanilla iPhones came at just the right moment. 128GB is still the most popular capacity, but we’re at a tipping point as the 256GB option is close behind. Of course, today getting that extra storage is a $100 surcharge.

So it’s a “good news, bad news” situation – buyers of the vanilla iPhone 13 duo don’t need to pay extra for 128GB, but Pro owners get no free upgrades. And it will be interesting to see if next year’s Pros get 256GB as standard or if Apple will keep charging extra. Pre-orders for the iPhone 13 models ended this week and they are now available for purchase, at least in some countries. Availability will expand in the coming weeks we can’t wait to see the first sales report with a breakdown of the popularity of each model.