The MOBA, or Multiplayer Online Battle Arena, has proven to be one of the most challenging yet highly rewarding genres in the mobile games market, producing a string of enormous successes and stinging failures. Honor of Kings from Tencent has become the world’s biggest mobile title, generating $10 billion to date, while Mobile Legends from Moonton and Brawl Stars from Supercell are some of the few titles in the space to become truly global hits. Our new State of MOBA Mobile Games 2021 report utilizes Sensor Tower’s array of services, including our Game Taxonomy and Game Intelligence platforms, to look at how the sub-genre is performing, which titles have found success, and how the latest contenders stack up.

The global COVID-19 pandemic and lockdowns, as with the rest of the mobile games market, sparked a surge in player spending in MOBAs globally, with average monthly revenue rising by 43 percent year-over-year in 2020. The sub-genre has continued to grow, with average monthly revenue rising by an additional 14 percent so far in 2021 to more than $300 million per month, driven by Honor of Kings. 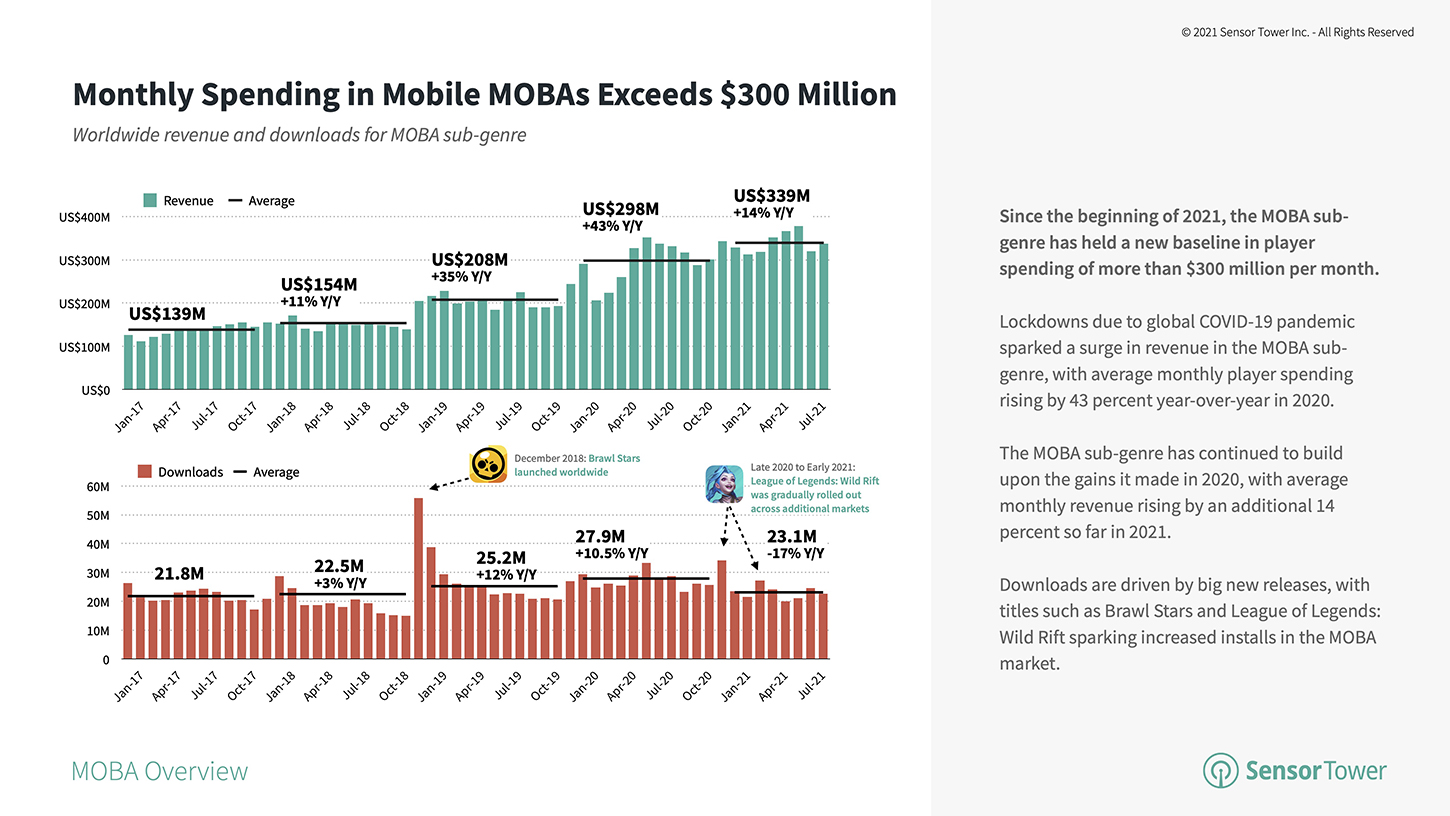 Downloads, meanwhile, are generally driven by big new releases in the market, such as Brawl Stars arriving after a lengthy soft-launch in December 2018 and the gradual global rollout of League of Legends: Wild Rift from Riot Games.

Following its release in 2015, Honor of Kings, known as Arena of Valor in the West, has become the highest earning mobile game globally across the App Store and Google Play, surpassing $10 billion in total player spending. The title continues to be hugely successful and has already accumulated more than $2 billion in 2021. 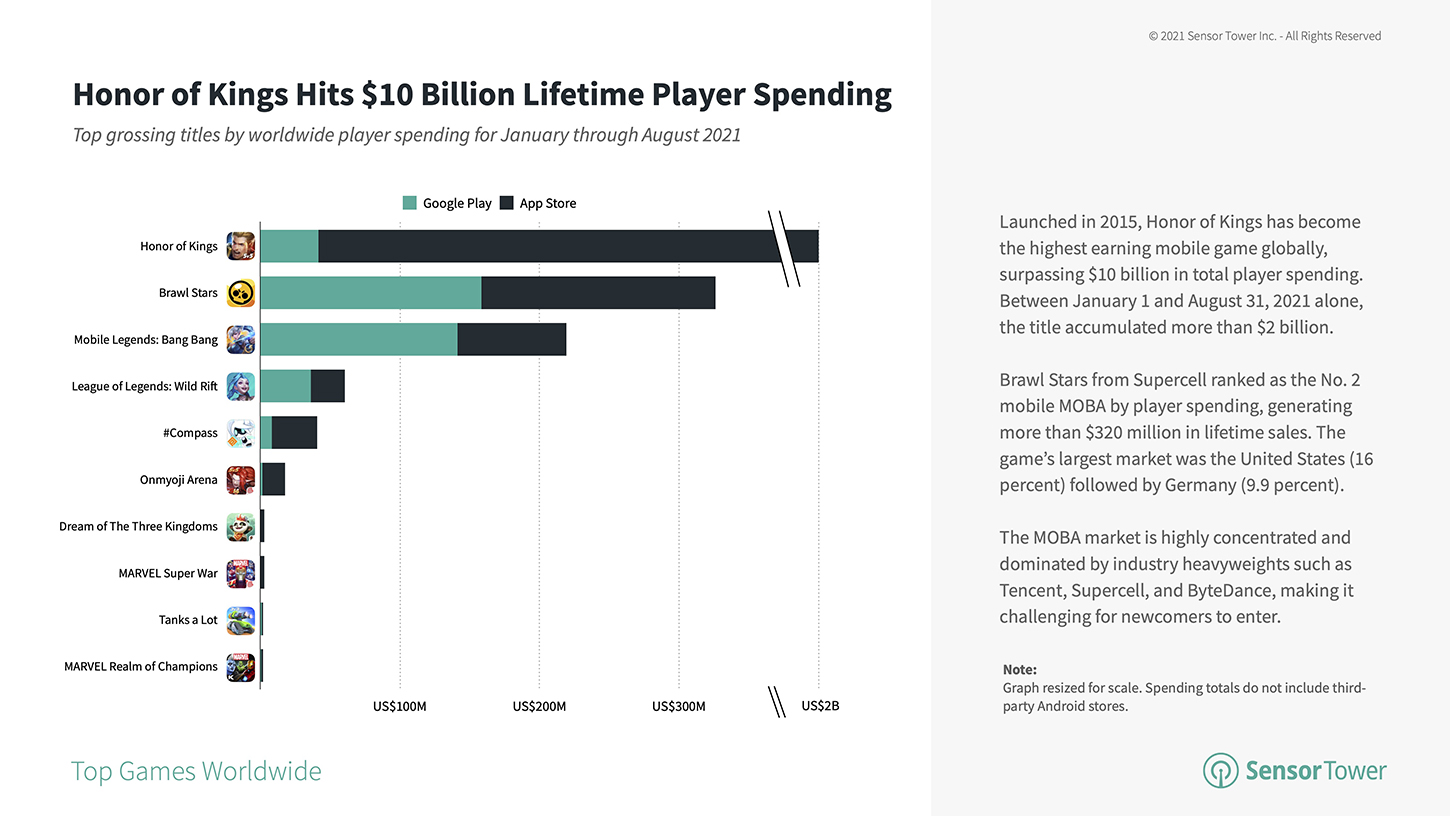 Brawl Stars ranked as the No. 2 mobile MOBA by player spending thanks to its innovations in the genre that increase its appeal to a more casual audience, while also including a variety of game modes. Between January 1 and August 31, 2021, the title generated more than $320 million in player spending.

The latest high-profile MOBA to release on mobile is Pokémon Unite from The Pokémon Company, developed in partnership with Tencent’s TiMi Studio, the team behind Honor of Kings. Within its first two days, Pokémon Unite surpassed 15 million downloads, making it the genre’s biggest launch ever. By the end of its first week, the title had hit approximately 30 million installs. 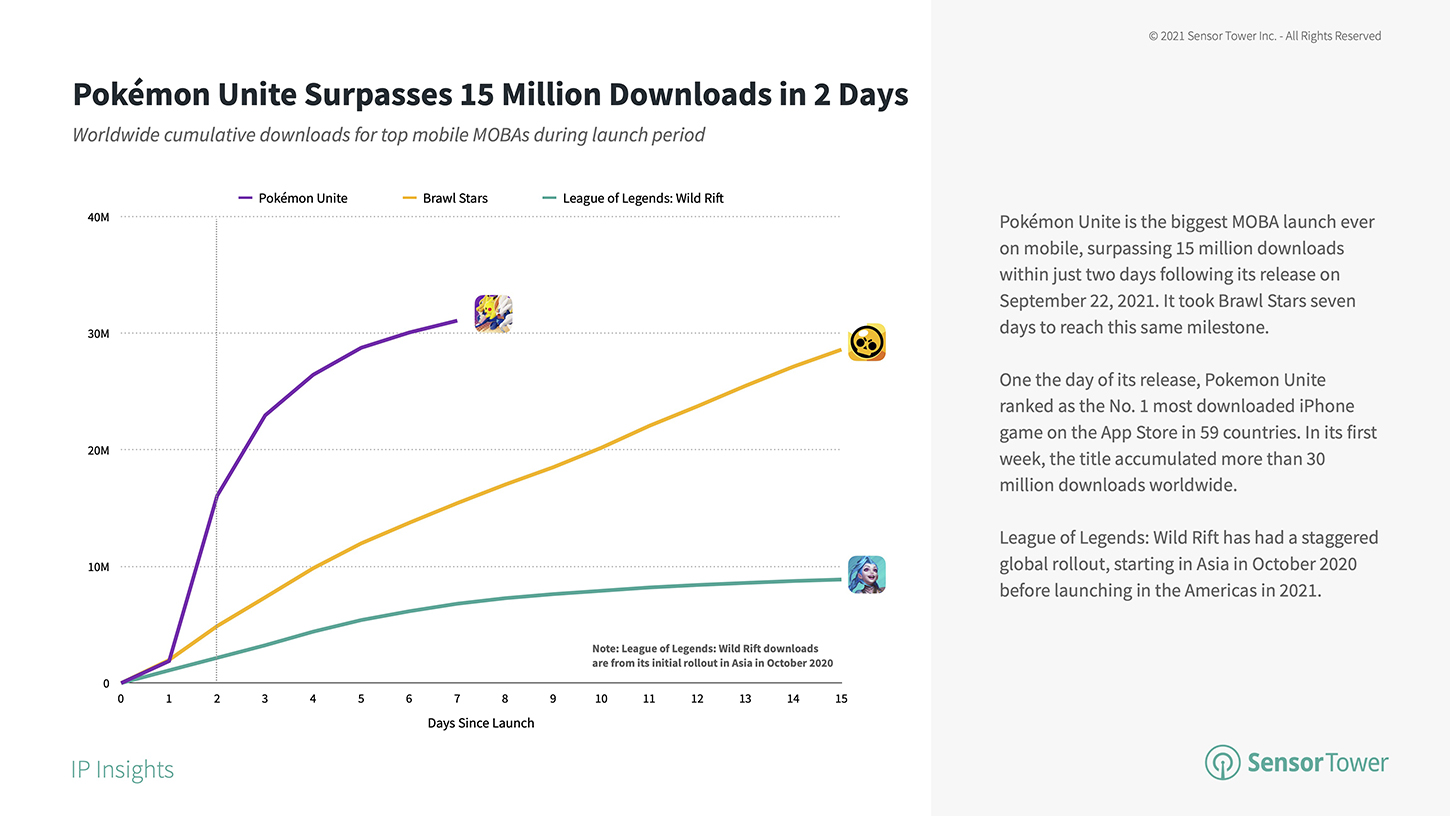 It should be noted that League of Legends: Wild Rift has had a staggered rollout, which started in Asia in October 2020, before launching its open beta in the Americas in March 2021.

For more in-depth analysis on the state of the MOBA genre on mobile, download the complete report in PDF form below:

How UK Banks Can Capitalize on Removal of Open-Banking Friction